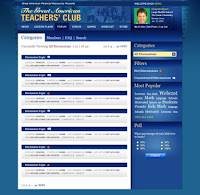 An overwhelming majority (93 percent) of online Americans say companies should have a social-media presence, and 85 percent believe these companies also should be interacting with consumers through social media, according to an article found on MarketingVox.

• Men are twice as likely than women interact frequently (one or more times per week) with companies via social media (33 percent vs. 17 percent).
• One-third of younger, hard-to-reach consumers (age 18-34) believe that companies should actively market to them via social networks.
• The wealthiest households (household income of $75K+) also believe that companies should seek to reach them via social media.
• Two-thirds of the wealthiest households and the largest households ( those with three or more members) feel stronger connections to brands they interact with online.

Going Interactive understands the current trends in social media and online marketing. Contact us today to see how we can help your business succeed.
* Screen taken from www.GreatAmericanTeachersClub.com (created by Going Interactive)